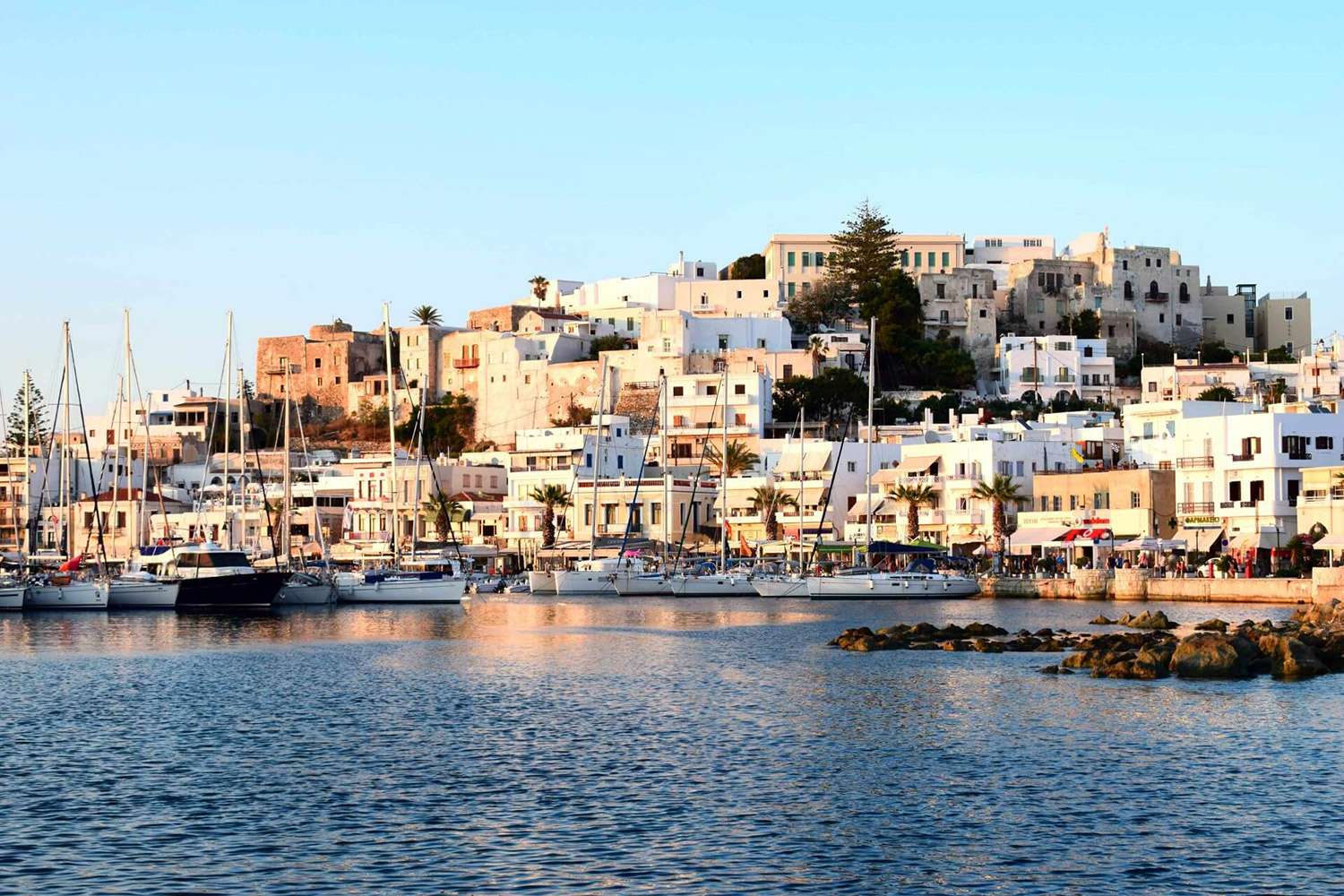 Chóra is the capital and main harbor of the island of Naxos. It is considered to be one of the most beautiful Cycladic villages in the entire group for it has a fine architecture, composed of Venetian and Cycladic elements, maintaining an authentic and traditional character.

The most famous landmark of Naxos Island is the Portara, a massive 2.500 years old marble doorway. It stands on Palatia, which was once a hill, and now a separate little island connected to Naxos by a causeway. The Portara is the entrance to an unfinished temple that faces directly toward Delos Island, Apollo’s birthplace. For this reason most scholars believe it was dedicated to Apollo, but some think it was built in honor of god Dionysus.

On a small hill of the island, the duke of Naxos, Sanoudo, built his castle, over the remains of an ancient Acropolis, using material from the ruins the pirate raids had rendered into, the ancient town. This medieval castle settlement was not only a residential area, but also the administrative, religious and educational centre of the Duchy. In the centre of the settlement is still the Catholic Cathedral and some ruins of a tower, which, according to locals and some scholars, was the Palace of Sanoudo. Right next to it lies the school of the Ursuline nuns, which opened in 1739, although there were efforts to establish a girl school earlier. The property now serves as a cultural institution.

The Della Rocca-Barozzi Tower is located inside the Old Castle and houses the Venetian Museum of Naxos, a unique in kind folklore museum, as it includes objects of past centuries that were part of the then everyday life. Lastly the famed business school, where Greek novelist, Nikos Kazantzakis, studied for a year is also close by.

Any cookies that may not be particularly necessary for the website to function and is used specifically to collect user personal data via analytics, ads, other embedded contents are termed as non-necessary cookies. It is mandatory to procure user consent prior to running these cookies on your website.