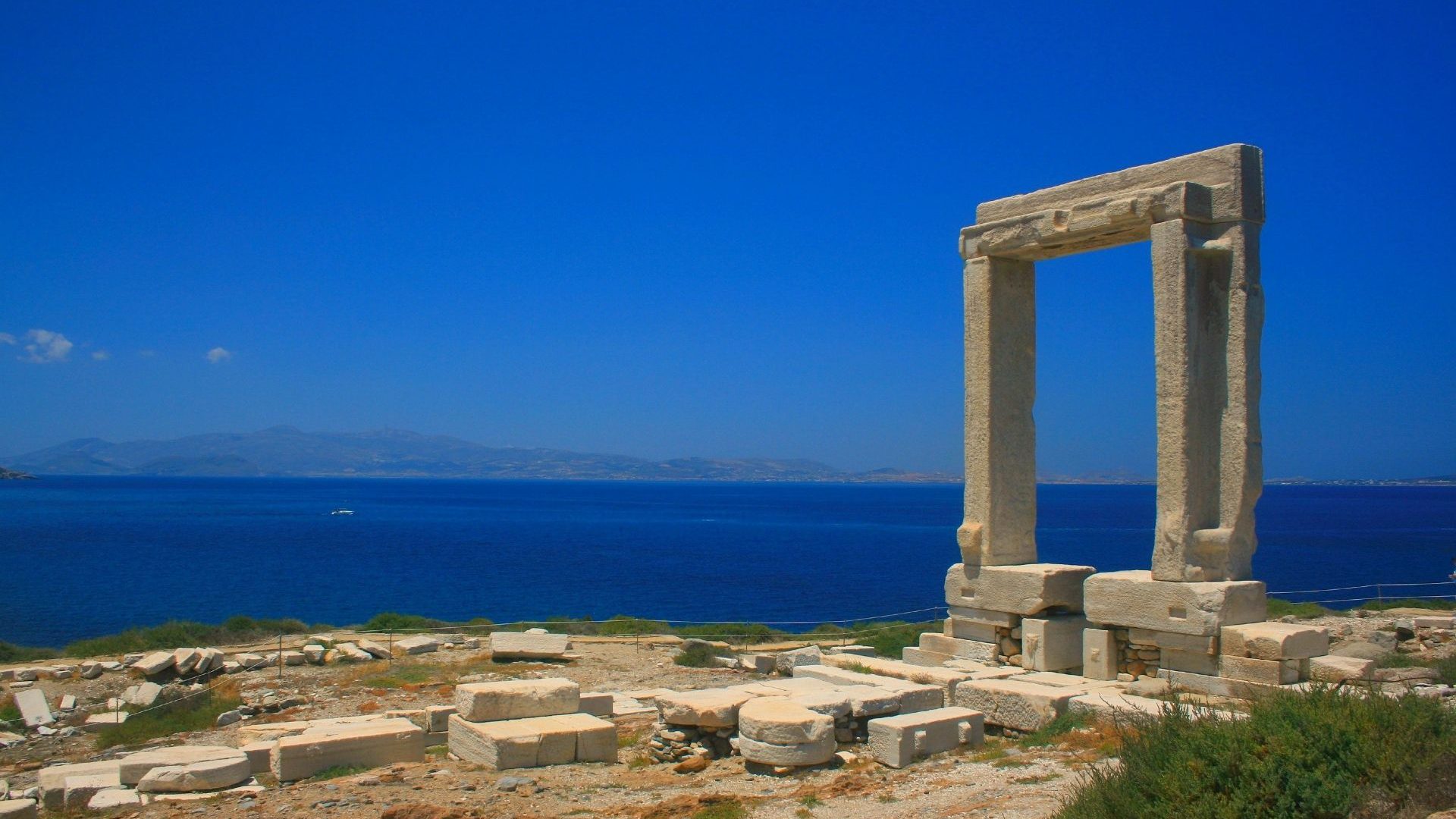 Naxos, being the biggest and most prosperous of the Cyclades, has always played a pivotal role in the Greek history. While many will dispute over whether its heyday was during the Bronze era, as the centre of the Cycladic civilization, or during the golden era of the Athenian democracy, it can’t be denied that the island enjoyed its political and cultural pick in the late 6th century BCE, under the leadership of tyrant Lygdamis, with the help of the Almighty Athens. During that time great temples were rizen, but now only ruins of a few have remained. Apollo, Demeter and Dionysus’ temples are the most prominent ones, between other sites sacred to the rest of the Olympians, of now lesser importance.

Apollo’s Temple is located on the isle of Palatia where a slim strip of land connects it to the main island, on the exact location that, according to Mythology, the Greek deity of Arts and Music, was abandoned by Theseus then picked up by Dionysos. Nothing remains of the sixth century BC Ionic temple nowadays, except its foundations and also the entrance of the prodromos to the inner cella – the Portara (measuring 6m high and three.5m wide). Once, however, it would measure fifty nine by twenty eight metres, rivaling in size and splendour any other Greek temple.

The temple of Demeter is located close to the settlement of Sagri and it’s main focus of worship was the earthly characteristics of gods Demeter, Apollo and Kore. The temple was built around 530 BC in Ionic rythme, by local marble on the sight of an earlier temple, probably dating back to the eighth century BC. It’s considered an early example of the then later widespread Greco-Roman architecture, as it’s one of the firsts to abolish the second floor of the cella, by increasing the inner columns to offer the roof support.

Dionysos was worshiped on the island from ancient times and its temple was located close to the nowadays village of Glinado. it’s another example of early Classical temple design. The ruins date back to 550 BC, however there are several indications that this structure was engineered on top of no less than three earlier temples, all dedicated to the wine God. The previous temples must have been destroyed by floods from the close stream of Biblinis. The last temple was demolished by Christians and a church dedicated to St. George was built in its place. Lastly a very rare and important feature of the location, that is required to see, is a sixth century BC well, one among the few living marble-lined examples and perhaps the oldest.

Any cookies that may not be particularly necessary for the website to function and is used specifically to collect user personal data via analytics, ads, other embedded contents are termed as non-necessary cookies. It is mandatory to procure user consent prior to running these cookies on your website.